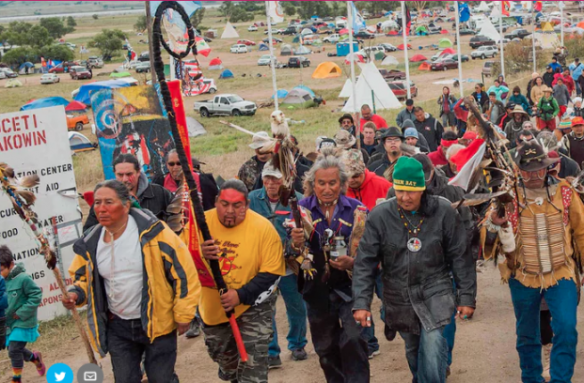 Happy Thanksgiving to all of my American friends. May today be a mere microcosm of the tribulation you’ve been experiencing this year and in the four years to come

In 1621, the Plymouth colonists and Wampanoag Indians shared an autumn harvest feast that is acknowledged today as one of the first Thanksgiving celebrations in the colonies. For more than two centuries, days of thanksgiving were celebrated by individual colonies and states. It wasn’t until 1863, in the midst of the Civil War, that President Abraham Lincoln proclaimed a national Thanksgiving Day to be held each November.

Some Native Americans and others take issue with how the Thanksgiving story is presented to the American public, and especially to schoolchildren. In their view, the traditional narrative paints a deceptively sunny portrait of relations between the Pilgrims and the Wampanoag people, masking the long and bloody history of conflict between Native Americans and European settlers that resulted in the deaths of millions.

Thanksgiving is particularly ironic this year in light of the protests at Standing Rock in North Dakota where Sioux are trying to stop the progress of the Dakota Access Pipeline through their sacred territories and the brutal and harsh treatment they have received from private security forces and State Police.

Also ironic this year is the rhetoric surrounding the issue of immigrants coming into the US. The violent and vitriolic opposition to the idea of letting those who are not white or Christian into the safe harbour of America while they flee their war-torn homelands is somewhat at odds with the national celebration of the time that the original peaceful inhabitants of America fed and sheltered a group of starving immigrants.

So, here`s hoping that the day goes relatively peacefully. Enjoy your turkey and your pie and your football and may the ravages of indigestion not be visited upon you.